In this post in my CP series I said this,

"I know there was a funny pic of me covered in bulky electronics and a bunch of shiny balls during a gait analysis (on a polaroid nonetheless) but I can't find the scan of it."

Well I ran across the pic and it was in fact, a polaroid!

Basically, every so often growing up I'd go to the gait analysis room at AI hospital, they'd put me in these super goofy hospital shorts, hike em' way up, shave me and then cover me with a bunch of electrodes and shiny, sticky balls.  The purpose was to analyze my gait (har har! :P)  I look at this now and think "Wow!  Look at how bulky the electronics are!"  Then, once that was all setup they'd have me walk, filming me from the left side, then right, then from the front and from the back as I walked.  Then we'd do the same thing only running.  God I remember it was always freezing cold in there!

I always found watching the videos to be quite interesting, since you really don't realize just how poorly you walk until you see yourself on video. I was thinking about my gait analysis last night while running at the gym.  When I run on the treadmill at the gym I'm in front of the mirror and it's odd to be able to look at my running stride.  I pronate like crazy, knee turns in, my right foot slaps and turns so far in it looks like it has a mind of it's own and is trying to trip the other foot.  Basically, it's the least biomechanically correct stride imaginable.  No wonder I wear all kinds of odd angles into the soles of my shoes!


I used to have a specially made orthotic that the guys in the cast room made for me in High School when I was running cross country.  It was meant to help with shock absorption and most importantly to keep my right foot in line so it wouldn't turn in quite so much.  I really should see if I can get something like that made again. 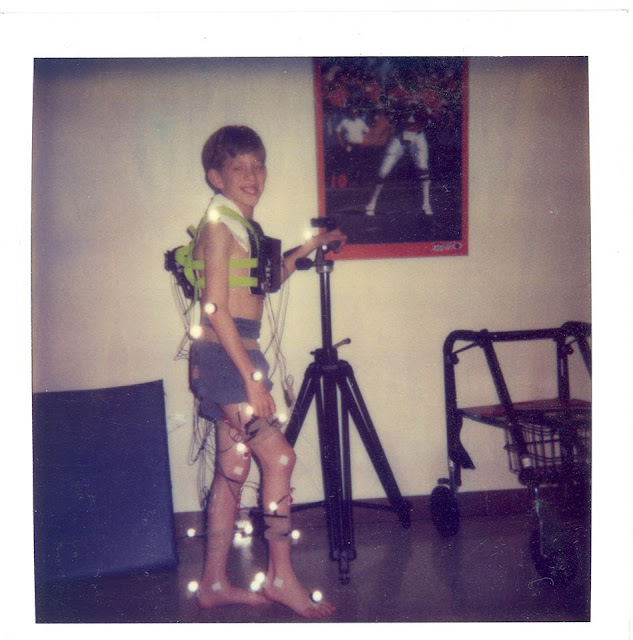 Despite the title no Red Stripe was consumed during the writing of this post.
Posted by Mike W. at 12:48 PM

Email ThisBlogThis!Share to TwitterShare to FacebookShare to Pinterest
Labels: CP

I don't remember having any kind of gait analysis done with me, but you're definitely right that you don't realize how badly you walk until you see yourself. I was quite shocked.